Our report determined the countries that provided the best healthcare when it came to equality for all. In first place was Canada, with a population of 38.4 million people. Canada’s age of consent is 16, which also happens to be the age of doctor and patient confidentiality. Each category received an equality score out of 10, meaning each territory was assigned an overall mark out of possible 165.

Canada received 7/10 when it came to the age of consent, and an impressive 8.5/10 for doctor/patient confidentiality, achieving 123/165 overall. Interestingly, the countries in second and third place – the UK and Norway – both scored the same marks across these two categories.

This highlights the effectiveness of allowing those in a younger age demographic autonomy over their bodies, and the ability to make decisions for themselves when it comes to requesting or refusing treatment.

Those living in the country of Malta, where the age of consent is 18, have to wait a full two years after some of their European peers to be afforded the same rights, contributing to Malta ranking in 29th place overall. 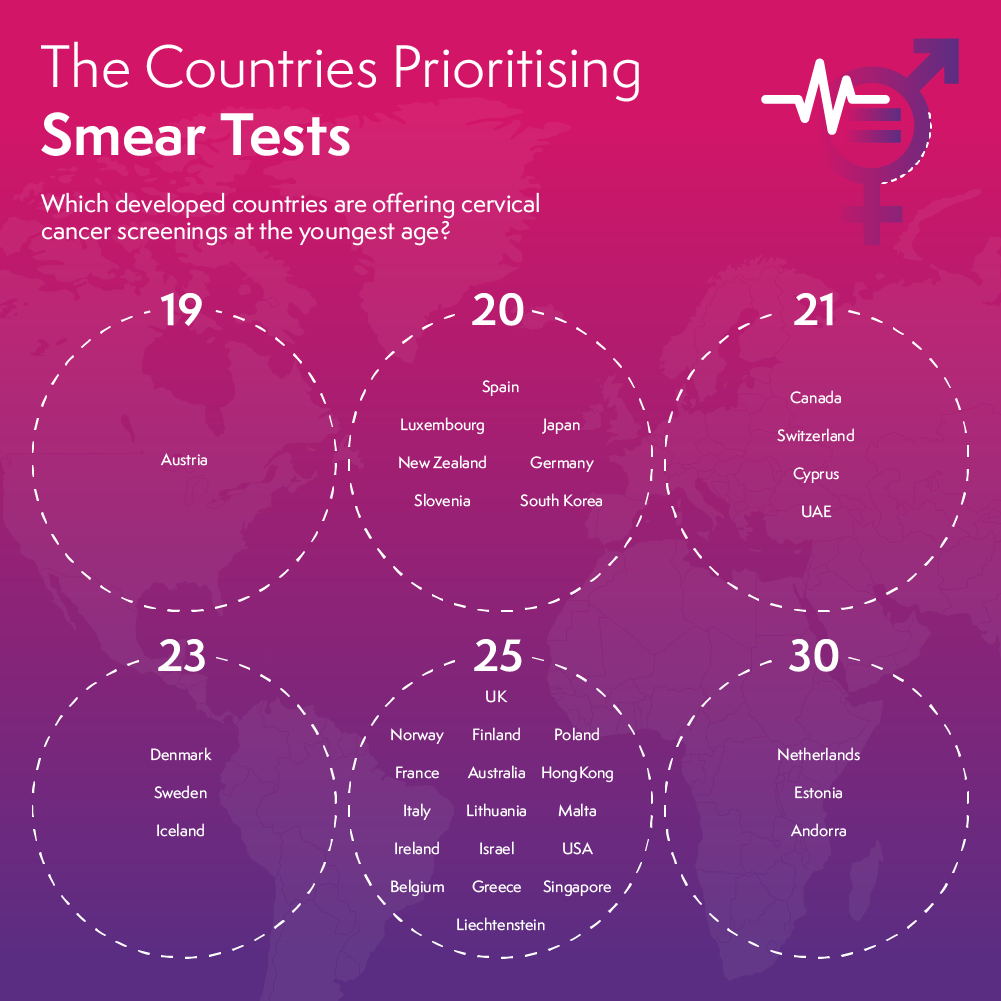 When it came to analysing the age where females are offered cervical screening appointments, Canada blew the UK and Norway out of the water. The North American country offers the test (often referred to as ‘smear tests’) from those aged 21, scoring 8/10 in the category. Current regulations stipulate residents of the UK and Norway are screened for cervical abnormalities from the age 25 and onwards, scoring 6/10.

A recent petition that failed to receive enough signatures, attempted to lower the age of cervical screenings in the UK, reinforcing the important message that they help to detect human papillomavirus (HPV) which, if left diagnosed, can mutate into cancer. This virus is extremely common in much younger women, highlighting the importance of implementing testing as soon as possible.

One notable example of cervical cancer in a high profile individual making national headlines, and resulting in a significant increase of UK women keeping on top of their smear appointments, was that of British reality TV star Jade Goody.

Ms Goody – who found nationwide fame appearing on the UK version of Big Brother and her own subsequent TV shows – was diagnosed with cervical cancer aged just 27. She sadly died just seven months after her initial diagnosis after learning the cancer had spread to her bowel, liver, and groin. Following her death in 2009, the number of women attending cervical screenings in the UK rose by half a million, dubbed by the press as “the Jade Goody effect”. 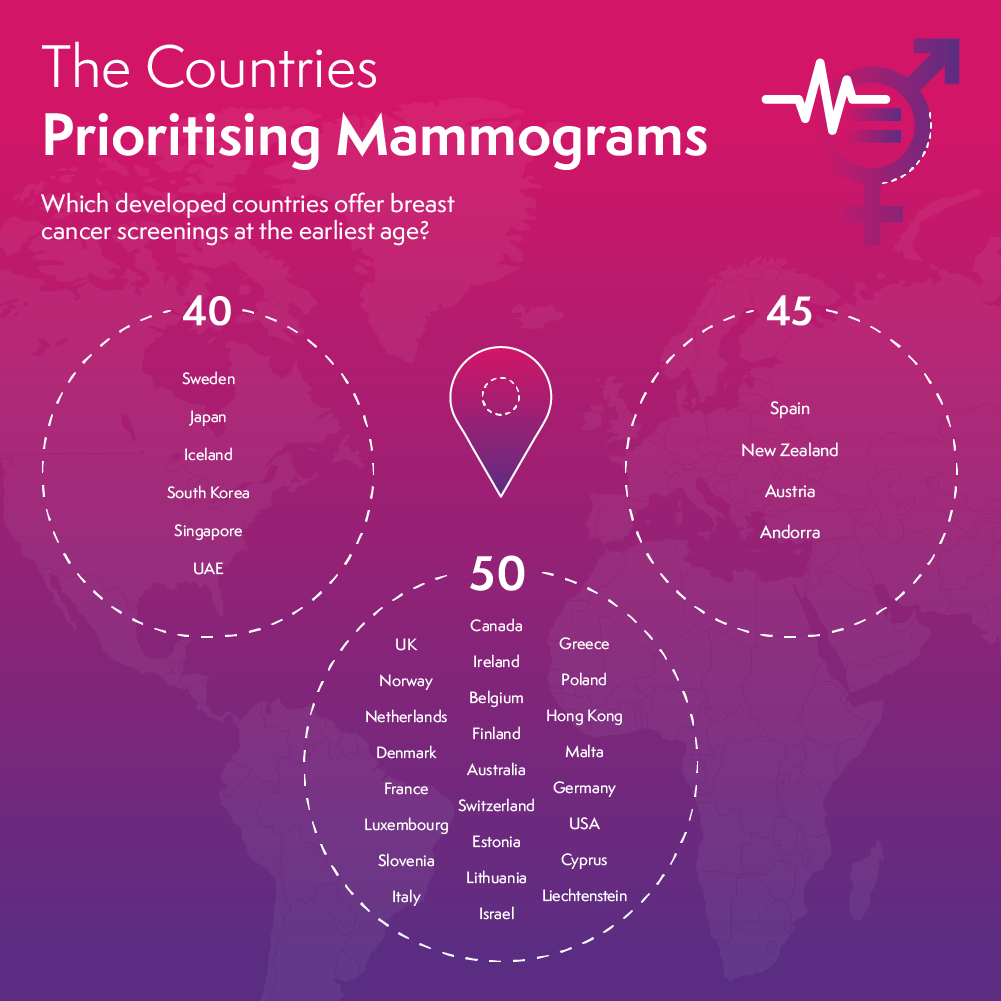 Interestingly, the age range of when mammograms are recommended across the top three ranking countries all scored 10/10. Both Canada, The UK, and Norway all recommend women begin mammograms from the age of 50, which is when the NHS website states that individuals have the highest chances of developing breast cancer.

Overall, the top three countries in the list proved to be very deserving of their high scores.

Hayley Levene, Head of Marketing at Radar Healthcare, discusses how technology and data can help with decision making: