Maternity Vs Paternity Leave Around the Globe

Another topic fuelled by varying levels of inequality across the globe is that of maternity and paternity leave and how each gender is factored into the equation when a new addition is welcomed to a family. 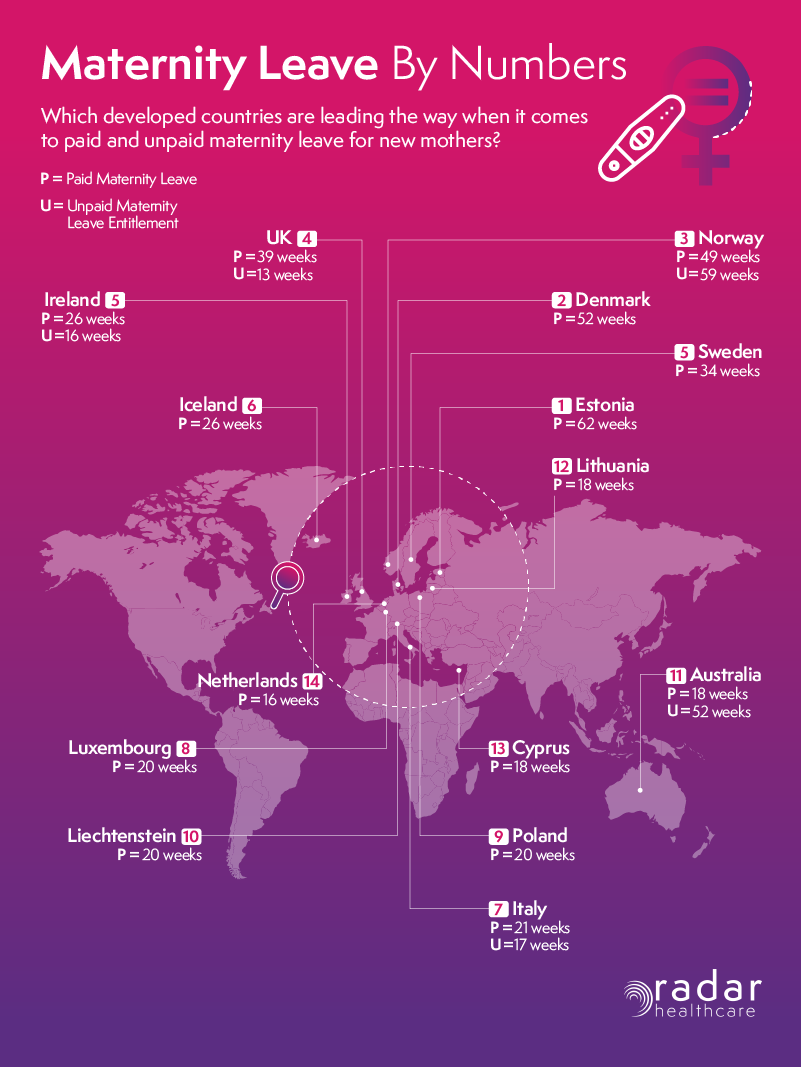 Most territories offer paid and unpaid maternity leave, which can occasionally leave them looking more progressive than they actually are. For example, Italy, which fell into 15th place on the list overall, offers 4 months of paid leave vs 17 weeks unpaid.

While 17 weeks can, at first glance, look impressive, it leaves mothers in vulnerable situations and without any form of salary for an extended period of time. When it comes to paid leave, the Baltic nation of Estonia took the top spot by offering a whopping 62 weeks. Despite this impressive offering, Estonia only came 22nd in the equality ranking overall, possibly due in part to the healthcare system only offering cervical smear tests to women once they turn 30.

Denmark offers a very healthy 52 weeks of paid leave, leaving new mothers in the country reassured that they can enjoy a full year of financial security without worrying about spiralling debt or an overreliance on credit cards or loans. Overall, Denmark came 8th on the equality list, which is unsurprising due to them offering smear tests to women as young as 23 and having a fairly high IVF age limit for women at 46.

Third up was Norway, offering 49 weeks of paid leave and an astonishing further 59 weeks of unpaid leave for those wanting to spend as much time as possible with their children before returning to work. 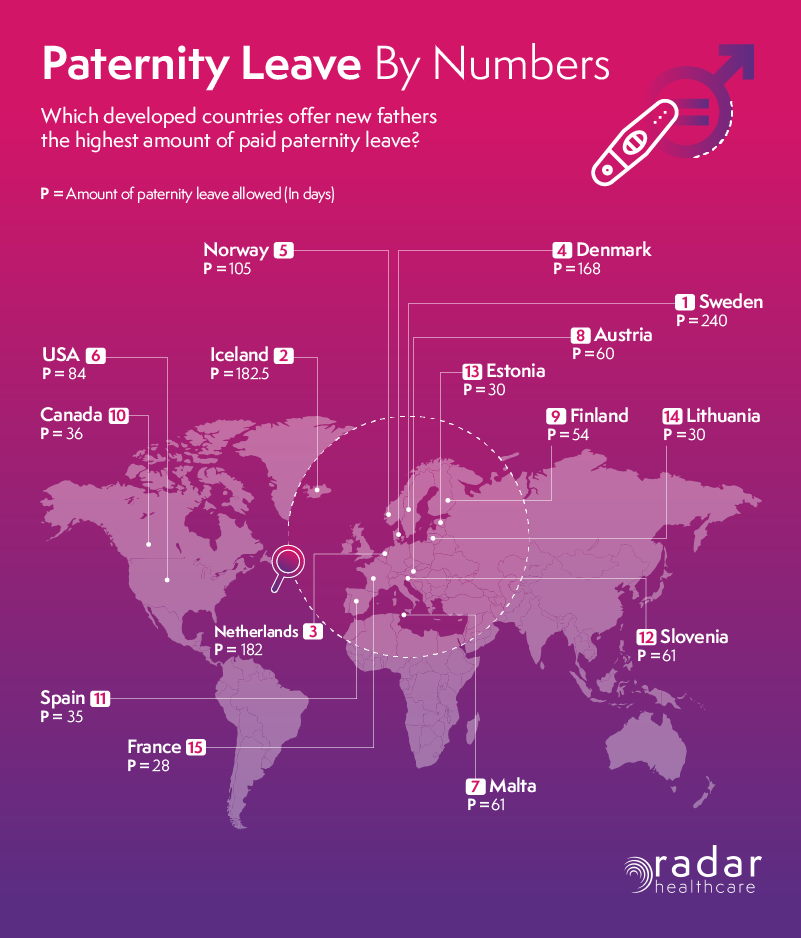 Next up, we looked at how long each country currently offers new fathers the option to stay at home with their partner and baby before returning to work – and the results made for some very interesting insight regarding the topic of equality amongst fathers and father figures around the globe.

For example, in Germany, there are no laws in place to ensure employers offer new fathers paternity leave – either paid or unpaid.

Taking this into account, it is unsurprising that Germany ranked a disappointing 31st in the equality list overall, scoring just 92/165. This was not helped by the fact that abortions are still illegal in the country, and that there is no minimum age limit for cosmetic surgery procedures.

While there are countries that value the importance of a new dad not only bonding with their child, but also helping their partner with the mammoth task of caring for a newborn, there are unfortunately others that offer the bare minimum.

For example, the UK, despite scoring healthily in other areas, only offers new fathers 14 days of paternity leave. Worse than this, in Greece, paternity leave is granted by employers for just  two days, potentially leaving a large strain on their partner.

These points, once again, highlight extreme healthcare inequality when it comes to new parents, as our data highlighted that a lot of countries do not seem to see the importance of a new father getting to spend precious time bonding with their baby away from the stress and pressures associated with their job role.