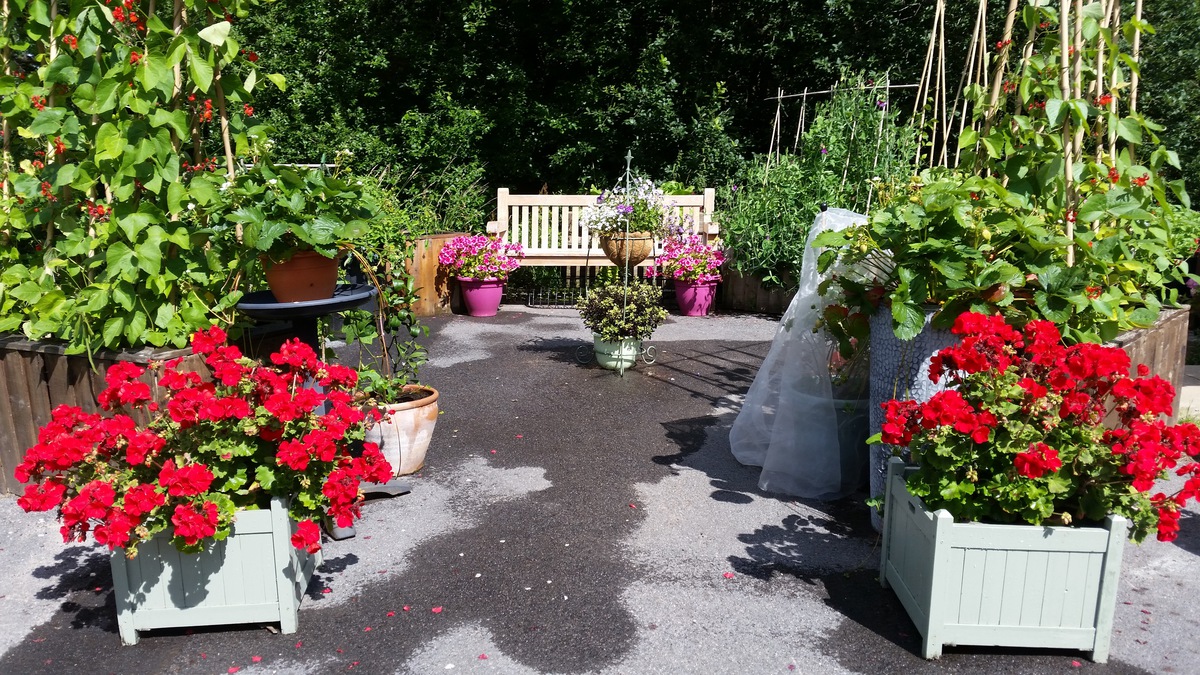 Another of our winners from Radar Healthcare’s Hero Awards truly shows the power of nature in boosting wellbeing.

Tracey James is one of our ‘care hero of the year’ winners, nominated for her ground-breaking gardening role at Oaktree Court Care Home. She was particularly praised for her Veggie Village, a project that has been a breath of fresh air to both staff and residents during the pandemic.

Marie George, Home Manager said: “Seeing Tracey receive recognition for all the hard work that she has put in over the last two years is truly amazing. She has transformed the grounds here at Oaktree Court and has produced unbelievably fresh, vibrant and tasty organic produce from her no dig method. We are very proud of her achievements.”

We caught up with Tracey to find out more… 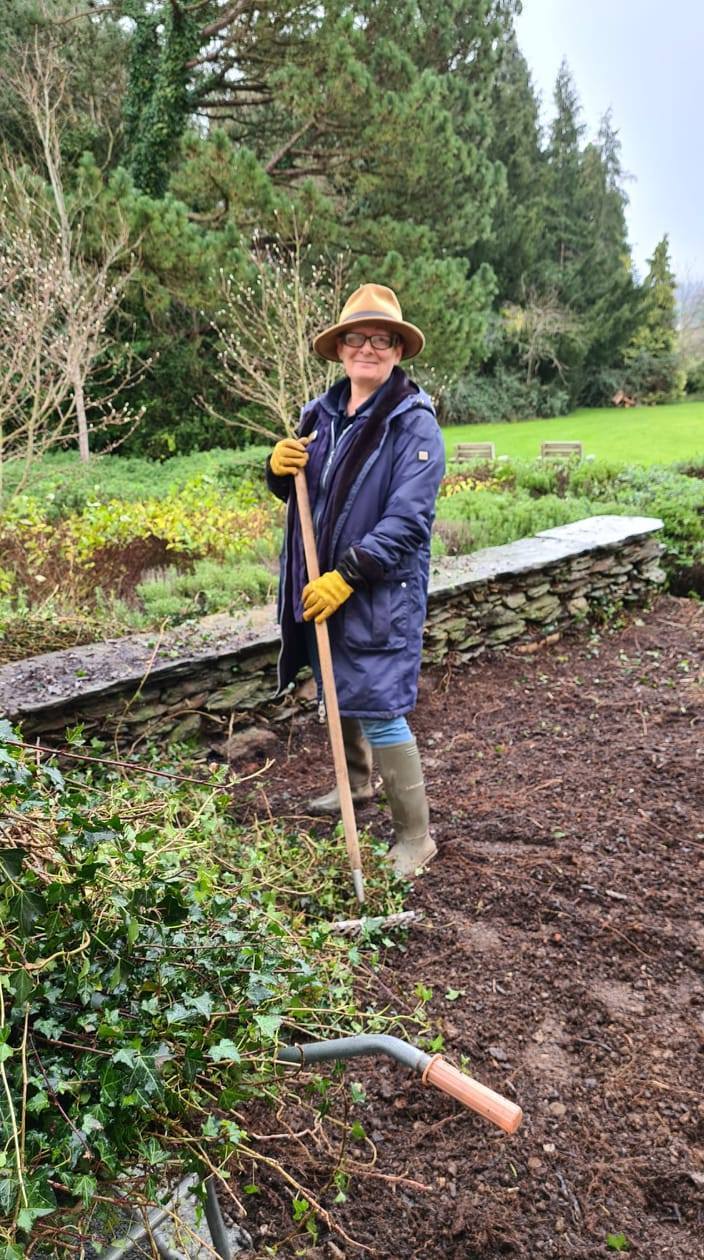 Not your average gardener

“I joined Oaktree Court Care Home after moving away from a career as a PA. After 12 years as PA to the Headmaster at a local independent school, I’d recently decided that I didn’t want to work in an office anymore, saw the advert for the gardener, and the rest is history.

I’ve always been a passionate gardener and get involved in the local flower shows. The high point was a Silver Gilt and People’s Choice award for my designer garden at Taunton Flower Show in 2016, so plants are basically in my blood. At the time, the role was to look after the nine acres of beautiful grounds that surround Oaktree Court Care Home, which is truly stunning with beautiful vistas and views of the Blackdown Hills.

After getting to know the residents, I realised that many missed their own gardens and veggie patches, so I decided to recreate as many as I could.”

“I started off by creating flower boarders to brighten up areas of rough ground. That went well, so the idea for the Veggie Village was born with a few raised beds a friend donated. The beds were wheelchair user height, so fruit and veg were more at eye level. Our residents loved it and started picking strawberries, runner beans and herbs for me – the idea seemed to grab people’s imaginations.

Amidst all the uncertainties of lockdown last March, Oaktree Court’s manager asked me to start contributing veggies to the kitchen supplies to help feed the residents. This took the Veggie Village to a new level and, inspired by Charles Dowding, who championed the no dig method, I started planting more.”

Getting back to nature

“I still had a lot to learn about growing veggies, but our residents taught me lots of tips and tricks. Imparting their knowledge and making suggestions has not only helped to get them involved, it’s also been key to making the Veggie Village a success.

In the midst of rotten times overall last year, we had lots of happy times in our Veggie Village. With the addition of a wooden seat, residents could come and sit and chat and help themselves to the occasional strawberry. On one summer afternoon, we moved tables, chairs and umbrellas down and held a traditional English tea party, which was a great success.

For me, the smell of certain flowers bring back memories of following my dad around the garden, and it’s the same for our residents. I do my best to integrate their favourite flowers in the gardens – for example, for Maureen I’ve grown a variety of tulip called Maureen. I want the gardens to be a home from home for the residents and I try to make each one of them feel like it’s theirs – like the ones they had at home.

We had a gardening club too before lockdown, which saw us getting involved in all sorts of things such as creating denim jean planters – also known as ‘plants in pants’! Hopefully when the pandemic has settled down, we’ll start that up again.” 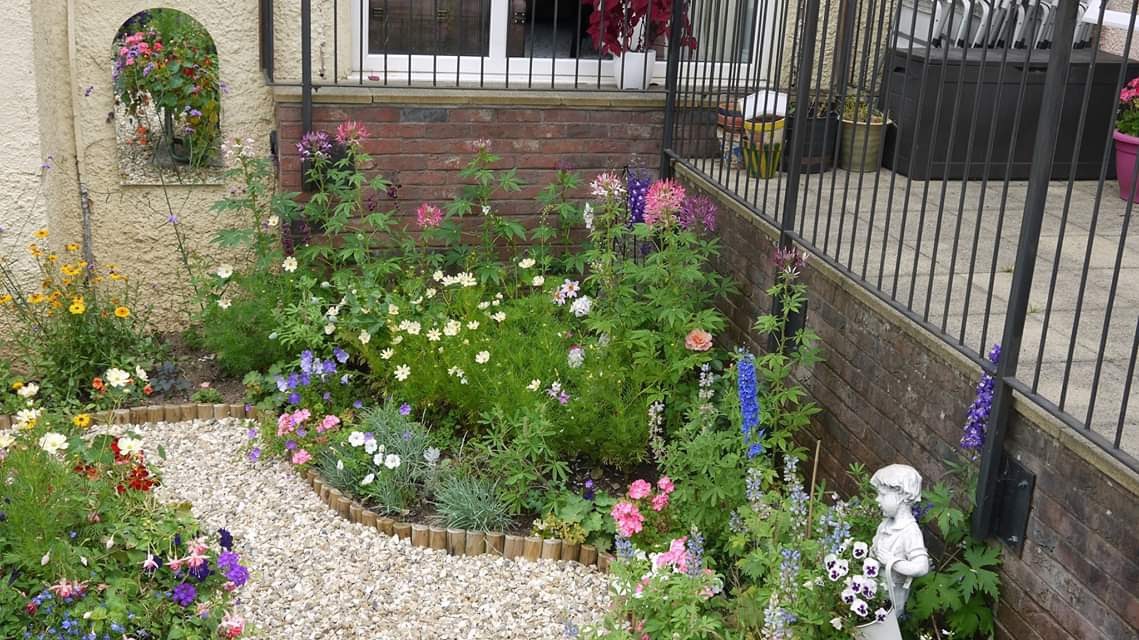 “Nature and gardening has so many benefits to mental health – not just for the residents, but for me and the care team too. Seeing everyone smiling, laughing and picking the veggies has taken job satisfaction to a whole new level. I couldn’t do a different job now.

There are lots of metaphors in nature – for example, seeing the buds start to grow again after a bleak winter – and I think this has helped us cope with the uncertainty of last year.”

“Finding more ways to make the garden accessible to the residents is top of my to do list in 2021. I’d love for them to be able to plant their own seeds and get involved in as many ways as possible.

I’m also planning a mini orchard using pillar fruit trees, which will be a nice new addition and give residents the opportunity to pick more fruits like apples, cherries and pears.

I’m keen to develop the areas outside the kitchens too, creating new kitchen gardens there so the kitchen team can pick the produce they need each day.

Other than that, more plans will come as the months roll on. We tend to use what we have and develop ideas from that. Any time I see our maintenance man taking something to the skip I say ‘hang on a minute I might be able to use that’! Growing cabbages in old tyres, potatoes in empty compost bags…the possibilities are endless. My manager calls me ‘Baldrick’ because I am always coming up with a ‘cunning plan’!”

“It would be great to see the Veggie Village replicated across other care homes. Although we are spoilt with the space we have, the no dig method makes growing veggies possible in most environments. Many of the individual areas we’ve created aren’t that large and there’s always the option of growing fruit bushes in pots too.

If you’re looking to grow enough to have a self-sufficient kitchen, you’ll need a few people to help grow veggies on a large scale. But on a therapeutic level, you can create small gardens in all kinds of creative ways for the residents to enjoy.

I have recently passed my RHS qualifications and it’s fascinating to learn about gardening in so much depth – but it really doesn’t have to be complicated. Ultimately, with a bit of sunshine, water and TLC (Tracey’s Loving Care), plants pretty much will look after themselves.”